On a late August morning, the Echo Park Trash Club approached an underpass below Los Angeles’ 101 Freeway. Months earlier, the city had dismantled a homeless encampment located there during one of its routine sweeps. It was the Trash Club’s first return to the site since its residents had come back to and set up tents on the median between opposing lanes of traffic on Silver Lake Boulevard and in the alcoves where the bridge above intersected with the sloping hillside. Erin Fein, the club’s founder, and the 20-some volunteers came to help clear the encampment of trash — a necessary hygiene service that also helps the community avoid another sweep. They approached the 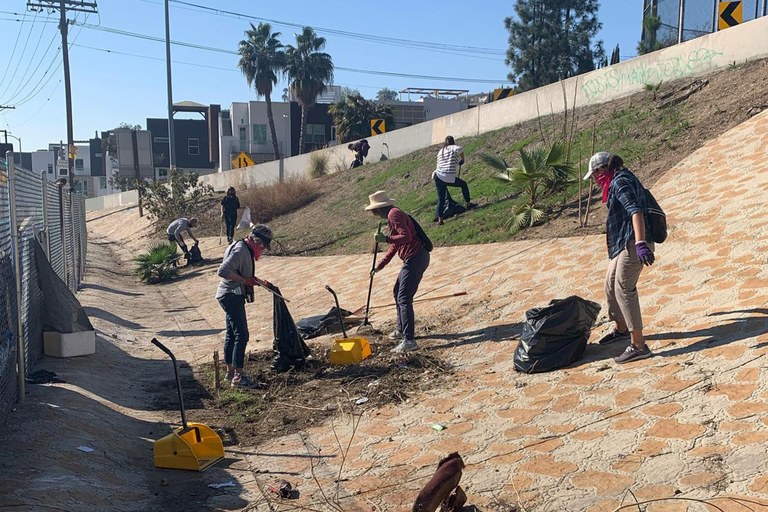 residents, introducing themselves and offering to take any trash they wanted to get rid of. One resident joined the cleanup, sweeping disintegrated pieces of Styrofoam and broken CDs into a dustpan. Two others joined the group photo at the end of the morning.

The environmental movement started with picking up trash. On April 22, 1970, schools and community groups held trash cleanups all across the U.S. Fifty years later, during the COVID-19 shelter-in-place order, the Echo Park Trash Club began bringing together neighbors for the very same activity — but with new significance in the midst of worsening housing and climate crises. The group uses cleanups not only to beautify their neighborhood but also to support its unhoused community, whose trash buildup can result in encampments being dispersed, or “swept.”