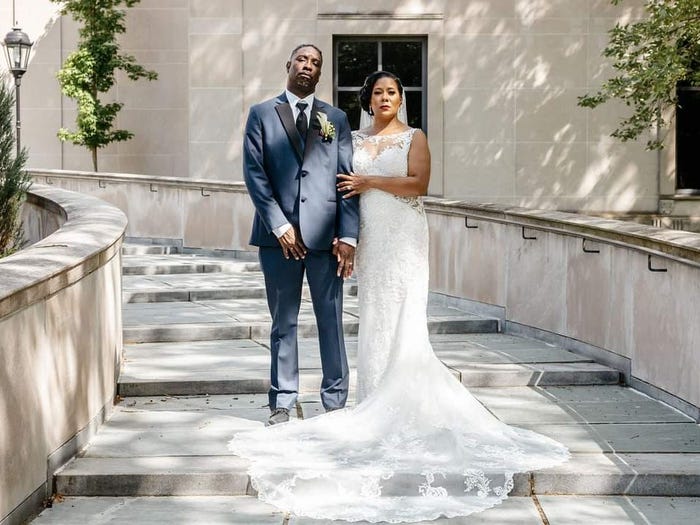 The author shares how after both of them went through divorces, they decided to try being together again and now have a blended family.

When my new husband tells the story of how our journey began, it sounds made up: He says he saw me across a crowded dorm lobby and all the other students blurred away. He vowed to his buddies that he was not moving until he saw me reemerge from my dorm. Fifteen minutes after first spotting me, he introduced himself.

Even though I was only 17 when we met, I had sworn I had been in love previously, but this was different. It was honest and mature. Soon we became known as the quintessential couple on campus. We were lovers and best friends. We were together for six years before parting ways. I never expected to marry him 27 years later.

I married someone else and divorced after two years

Before I knew it,  I was married to someone else by 24, pregnant by 25, and divorced by 26. Save for my precious baby girl, this had been an obvious mistake.

My first husband might have seemed like a catch on paper, but he was sorely lacking in areas that mattered — like friendship and commitment. Now a single mom, I learned to navigate my new reality while figuring out when and how to date again.

Source: We split up in college. 27 years later, we got married and blended our families.